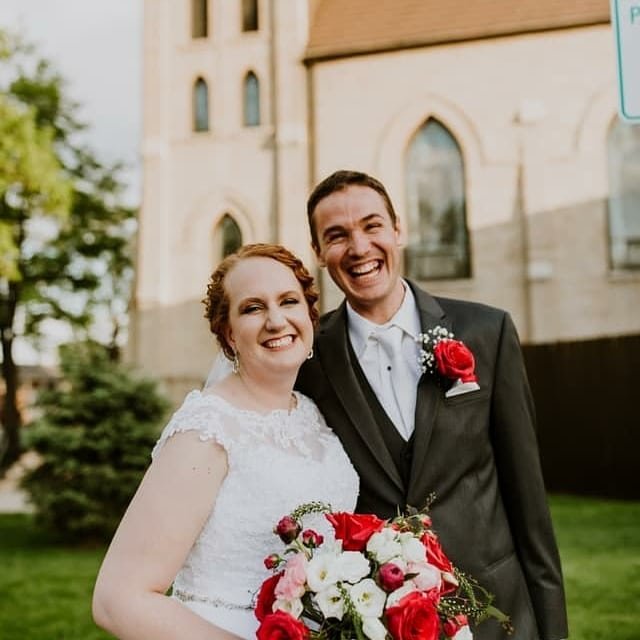 When we’re living life in the moment, it’s sometimes difficult to see God’s plan for our life. Often times, it isn’t until we look back on our lives, when we have the perspective, that we recognize God’s presence.

That has certainly been the case for Patrick. He remembers when he was 14 years old, and he went outside and prayed for a miracle.

“I remember looking up to the sky and asking, ‘God, if you exist, send me a shooting star.’ I thought if God sent me a shooting star, I would have a big miracle to share with everyone so others would also come to believe in God,” said Patrick. “I never saw a shooting star that night.”

“However, as I grew more in my faith, I realized God was more than merely a miracle worker. He was my Father. He loves me and wants a relationship with me. Later, I could see that as I was searching and my heart was being converted, He had answered my prayer. He sent a shooting star to my heart and I desired to dedicate my life to the Lord by becoming a priest.”

Patrick eventually moved to Peru where he joined a Catholic lay movement. He went through formation and lived in community to possibly become a priest.

During his time in Peru, Patrick’s heart continued to grow in love for God. However, as his heart became more purified and pierced by God’s love, Patrick was wrestling with a lot of questions and struggling in his interior life. He shared his struggles with his mentors and they questioned his vocation to the priesthood. Eventually, Patrick left Peru and returned home to seek and pursue God’s plan for his life.

It was when he was home, Patrick received his miracle. He was watching a movie with his parents when something inside of him told him he should go outside and look at the stars.

“I stepped in the doorway looking outside and I saw this huge shooting star! It was so bright. It looked like a meteor – the sky just lit up! The funny thing is, a character in the movie, my parents and I were watching at that time, said, ‘I sent that 10 years ago.’ It was in reference to a shooting star in the movie.”

“During that time of uncertainty, I felt comfort and peace. God was with me, guiding my path.”

After a period of time, Patrick started a Catholic subscription company called Saint of the Month to help others grow in virtue like the saints.

“I never saw myself as a saint. I never felt I was at that level with my faith or that I was special enough. As I learned more about the saints, I realized the saints are ordinary people who live extraordinary lives by living a life of love. I wanted Saint of the Month to help others learn, pray and inspire others to become saints.”

While Patrick was at a conference promoting his organization, he ran into a good friend of his from college, David. David introduced Patrick to his wife’s sister, Rebecca, who was at the conference as a chaperone for a youth group at her church.

Weeks later, Patrick and Rebecca unknowingly started talking through a Catholic dating app. Initially, they didn’t realize they had already met each other. Rebecca eventually realized who Patrick was and they started to date.

After a year of courtship, Patrick began to plan his proposal to Rebecca. He was trying to determine the best day to propose. With his love for the saints, he really wanted to propose on a special feast day. He noticed the feast day of St. Raphael the Archangel was September 29. St. Raphael is the patron saint of love. Patrick couldn’t think of a better day! He organized an all-day scavenger hunt that walked them through the life of Christ before ending at the altar of the church where he got down on one knee.

Before Patrick asked for Rebecca’s hand in marriage, he explained how he picked the feast day of St. Raphael to propose. Rebecca was awestruck. She had never told Patrick that when they started to date, she prayed a novena (a special 9 day prayer) to St. Raphael, the patron saint of love, asking for St. Raphael’s intercessory prayer.

“When my brother, the best man, got up at our wedding to give his toast, he referenced how Rebecca was my shooting star. I couldn’t agree more. I’m so blessed to see how God has answered my prayer as a teenager in ways I never would have expected!”

* To learn more about Saint of the Month, visit www.saintofthemonth.com

Darcie Tallman is a child of God, a daughter of loving parents, a wife to an amazing husband and a mom to four precious souls. She has a passion for prayer, photography and being surrounded by God's beauty. With God's help and guidance, she created Sacred beauty Prayer cards, a prayer resource that incorporates photography, Scripture and storytelling.